Previous
Next
Our top of the line 2 Electromagnet PEMF machine with 10 Program-Modes. The most powerful PEMF device under $10,000. Pulsed DC square wave. It is the pinnacle of 16 years of R&D. The most powerful and full featured system we’ve ever designed. 1/3rd the price of most PEMF mats yet FAR more powerful. More in tune with the natural terrestrial frequency range than any other system on Earth. A full power, full body portable PEMF therapy system that travels in your carry on baggage, briefcase or handbag. Like the v5ProBasic, better than 2x the body coverage than our single magnet systems. Two magnets may be split between two people more effectively either one on each side of the bed, or both down the centre line. 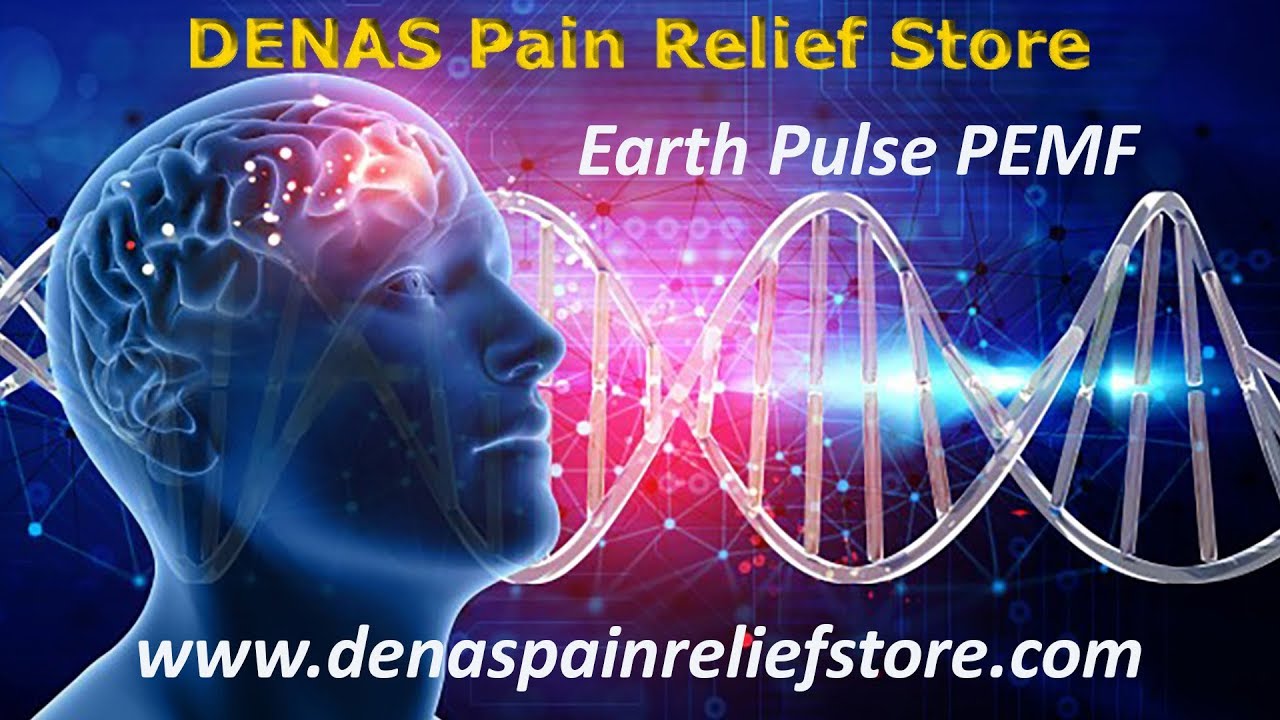 What is PEMF and How does it work?

PEMF will pass completely through the body whether it is of high or low intensity. The difference is the amount of charge the field will stimulate in your tissues as it is passing through the body. The magnetic fields produced by the body itself are well under 1 thousandth of a gauss, or less than one tenth of a microTesla. Human biology is affected by and responds to a vast range of magnetic field intensities.

Subtle magnetic fields, like those below 1 gauss, still induce a local charge in the treated tissues, but the charge is much less dramatic than it would be with a higher intensity field. Sometimes, more intensity can be overwhelming to the basic processes of the body, particularly if the patient is extremely toxic or sensitive to external magnetic fields, medications, or other therapeutic approaches. Extremely low intensity magnetic fields are akin to a whisper in the body, and tend to require more specific frequencies, or a wider range of frequencies.

Natural cellular communication takes place at extremely low intensity levels, and therefore it only takes a small level of increased energy to help to support and improve some basic cellular functions. Overall, extremely low-intensity systems are often used by people who are in relatively good health and looking for simple health maintenance. They are also appropriate to people who suffer from hypersensitivities, either to medications, environmental pollution, or EMFs.

Higher intensity magnetic fields are “cousins” with electrical stimulation, which has long been used therapeutically for everything from fracture healing to treatment-resistant depression. Because they induce a measurable charge in the treated tissues, they can affect great and rapid changes in the body. However, typically, PEMFs act more deeply in the body

NASA TAKES PEMF SERIOUSLY – SHOULD YOU?

NASA was awarded a US patent in 2009 that utilized pulsed electromagnetic fields to enhance tissue repair in mammals. This was as a result of research carried out to find methods to reverse the bone loss experienced by astronauts when they were outside the earth’s magnetic field. As an adjunct to this, pulsed magnetic fields were also used to stimulate the growth of stem cells.

If you’re an astronaut, you would know that Astronauts don’t go to space without PEMF. It’s impossible to survive without the magnetic field of the Earth. Our systems are designed to enhance the low-low natural earth pulsed magnetic fields that life evolved on. As geo-engineering advances and space colonization begins, there is no question that future transhumanity in space will need a Pulsed Electromagnetic Field enabled environment to survive and thrive in space and on other planets. The reason this matters even more NOW, is the EMF pollution problem. With adequate PEMF, your cells can build immunity to a great extent. Our magnetic fields are tuned to very low natural earth frequencies below 14.4 Hz, the EarthPulse helps build immunity and is the best PEMF gear suitable for electrosensitives as our systems are the lowest EMF available.

Low-frequency pulses create a brief, intense voltage around each cell. The mitochondria within the cell grab some of this energy. This, in turn, makes the cell more efficient at producing ATP and delivering oxygen throughout the body. PEMF therapy supports the metabolism and increases the blood flow by dilating micro capillaries throughout the whole body allowing all cells to breath and function better.

Dark field microscopy proves that clustering in the erythrocytes can be cleared with PEMF. This leads to: improved viscosity of the blood, improved blood flow, enlargement of the surface area, increased oxygen levels and reduced risk of thrombosis. Thermo-graphic measuring charts show the increase of circulation after exposure to PEMF. This leads to better nutrition and rejuvenation of cells.

All biological process and in particular the metabolism of every single cell are substantially based on electromagnetic energy. Only an organism which is sufficiently supplied with energy is able to control the self-regulating mechanisms and powers of regeneration and healing. One of the common constituents of all cells are ions. Ions are positively and negatively charged particles that conduct electro-magnetic pulses from within the cell. The electro-magnetic pulses allow the cell to function. PEMFs affect ion flow through specific cell membrane channels (like those for sodium, potassium, and calcium), which positively affect these enzymes. Without ions, a cell cannot live. Without sufficient energy fields cells do not function at 100%.

Another way PEMFs increase oxygen is in its power to reduce chronic, damaging inflammation. PEMFs can induce the appropriate death of aged, chronic T lymphocytes, by actions on T cell membranes and key enzymes in cells. The elimination of T cells can minimize the unwanted effects of inflammation, accelerate healing, and reduce the risk of chronic inflammatory diseases.

Sleep, Heal, and Rejuvenate…
With Earthpulse™

EarthPulse™ invented PEMF devices for sleep and performance enhancement. It is the first company to invent and launch an accessible full-function PEMF device for users worldwide that provides benefits far beyond clinical applications. Our unique 3-in-1 Magnetic Therapy system is not just a sleep machine but also a performance enhancement, longevity and recovery system, that improves your sleep, mental & physical performance and will have you feeling 10 or 20 years younger in 90-days guaranteed.

The Sleep on Command™ pulsed-magnetic sleep-machine has relied upon 9.6 Hz as its cornerstone frequency since 2001 because it is near Alpha-Theta crossover and is particularly useful to help promote deep sleep through a process called ENTRAINMENT; while providing phenomenal performance enhancement effects regardless of being athletic or elderly. A comprehensive database of pulsed magnetic therapy research the compelling evidence that pulsed electromagnetic fields are the most valuable therapeutic option for a wide range of human and veterinary disorders.

Sleep on Command™ utilizes an Earth-amplitude, ultra-low-frequency (ULF) electromagnetic signal during the nighttime. The Ultra Low Frequencies are 1 Hz – 3 Hz and corresponds well to Delta-rhythm. At the start and finish of the program, we feature 10 Hz. Or, you can choose to sleep at 9.6 Hz all night. Toward the end of its programming, the pulsed magnetic field sweeps up to Beta-rhythm (alert) to even help you wake. The pulsing magnetic device mimics and supplements the friendly magnetic resonance fields so that during the nighttime, your brain and body calm to easily attain restful and restorative Delta-rhythm sleep and during the day resonates with natural earth frequency for protection from harmful frequencies and alert focused performance.

MANUAL-MODE – Set from 1/2 hz – 14.4 Hz for up to 12 hours. With personal training from Coach Jimmy K you will learn how to use these Ultra Low Frequencies to address many health issues on a cellular level.

ALERT-MODE – 12 Hz to 14.4 Hz back down to 12 Hz for up to 12 hours (our choice as an interrupter field for EMF protection during waking hours);

When it comes to developing speed and power by optimizing the nervous system, nothing comes close to what the EarthPulse v5.3 Pro PEMF device can do. It’s the best way to enhance neural and physical adaptation. With enhanced mental acuity and motor skills, you will find yourself beating your peak within days.

If you’re into Plyometric Training or any competitive sport, our Electrical Stimulation machine will prove its worth within a single session. It’s a great way to transhumanize yourself for power and speed. Electrical Stimulation also reduces recovery time considerably by reducing the lactic acid formation due to enhanced cellular function.

Sports nutritionists and transhuman activists alike will love these pieces of futuristic technology and it’s proven itself for nearly two decades. It’s the best way to enhance nervous system function to go beyond the best nutrition plan you currently use. You cannot get these gains any other way. Self help at it’s best. It relies on no one else but you.

The EarthPulse™ Athletic Performance Enhancement Guarantee: our EarthPulse™ ergogenic PEMF system will increase your peak strength by 10% & stamina by 20% within just 7 – 10 days. Peak strength measured by increase in resistance in 1-3 rep set. Stamina measured by added reps to previous 8-10 rep resistance level. Earthpulse™ PEMF will increase your VO2 Max by 1% in 7-10 days, up to 3% by the end of 90 days or your money back. It’s the ultimate solution to smart power development. See what it feels like to increase the cadence, training speed and pay attention to that component of the nervous system that a lot of people neglect when they train.

The Many Benefits of using the EarthPulse V5.3

The Harmonics of 9.6 Hz EarthPulse™ Square-Wave

EarthPulse PEMF manufactures the only system in the world that limits frequency spectrum to 14.4 Hz to avoid biological stress. This extremely narrow range of frequencies can wake you up, or alternatively put you to sleep while creating an environment where body tends to heals itself.

Our v1 analog system was released in August 2002 based upon decades of Eastern European electric and electromagnetic research showing that 10 Hz proved far better effects than any other. Being students of Royal Rife we also chose to use Square-wave ONLY. Since alternating current does not exist in nature, we chose DC fields ONLY. Results were fantastic and we’ve not changed the core design since. In 2004 we went digital and introduced Sleep on Command, the world’s first and only real sleep-machine, recovery and performance enhancement system.

EMF Protection – Protection from WiFi, Smart Meters, RF Radio frequency Radiation
We’ve been aware of EMF issue for some years and started shipping our new Low EMF power supply with all models. Our old power supply was like every power supply we tested by meter at 4 Gauss (when plugged into the wall socket). Our new power supply after our factory work is just 1/2 Gauss which makes our new PEMF system as low EMF as is humanly possible. And the new magnet cables are EMF absorbing so it catches anything that squeaks though so the signal that comes out of the magnet(s) is very clean.

EMF protection is a modern requirement. As a species we tolerated 50 Hz / 60 Hz power frequency from our walls pretty well, however radio frequency RF from cell phone masts, cordless home phones and WiFi are a completely different and far more insidious story. PEMF at our range of frequencies (1 – 14.1 Hz) is diametrically opposed to EMF at power and radio frequency RF.

EarthPulse™ PEMF Systems are in a class by themselves:

International customers are responsible for all import duties and taxes.
Product will be shipped directly from Denas Pain Relief Store within 1 – 2 business days. Once shipped, allow 2 – 3 business days for US delivery. Allow up to 3 weeks for international delivery. Signature is required for delivery. Shipping fees are nonrefundable.

This product may be returned if postmarked within 90 days of receipt. Prior to return Customer must attend training webinars and make an effort to learn how to use the system correctly through support and training. Merchandise must be in excellent Like New condition with all parts, accessories, and original packaging. Customer is responsible for return shipping fees. If returned for any reason other than manufacturer’s error, $120 restocking fee will apply.